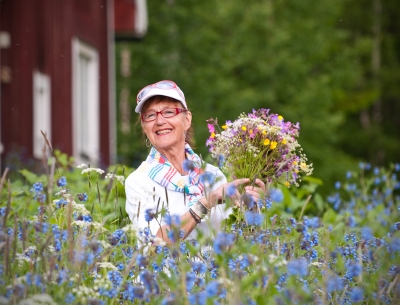 Tax saving ideas that lead to a rich retirement

Ask Great Gruhini: What does a Stock ticker indicate?

Is it Worth Buying, When Gold is Falling?

Still wondering where to invest your mandatory tax saving investments? Its better you act fast as banks will shut down for business due to a long holiday season. Well, before you act read this story of someone like you-independent earner and her own decision maker. Consider the case of this woman who earned fairly well through her life. Her first job was a dream come true. A five figure salary and awesome perks. An Apple gadget, meal vouchers from Starbucks and travel bills footed by the employer. An American Express privilege card found place in her wallet in two years. In five years, the bankers bent over backwards to finance 90%, of a flat purchase. It saved her big amount in taxes too.

One thing she hated was the year-end ritual of tax planning. So she went for an all in one income-cum-insurance plan. It took care of her tax-saving, insurance and built a good retirement kitty for her. She automated the annual premium payments.

As zeroes got added in her salary cheque, a bigger house with a bigger equated monthly installment (EMI)  followed. An insurance top plan and EMI is all she did for tax planning. Rest of the bank balance funded a good life. As she turned 50, she reckoned if she could hang up her boots. Spades, compost and seeds were to replace a cubicle life. But she got a rude shock: her wealth wasn’t enough to build her a kitchen garden. She had to either work hard or even invest harder for next 7-8 years before retiring. Or she could forgo that dream forever. What do you think she should be doing now? Read our detailed piece of advice here, as this article was written for Women’s Web. http://www.womensweb.in/2016/02/5-things-you-ever-need-to-know-about-tax-options-and-a-good-retirement-plan/

Rachna aka your Great Gruhini is a finance writer with over a decade's experience in writing about personal finance matters with leading financial publications of India. As she studies to be a certified financial planner, she is also on a mission to make every woman a money savvy individual. So shed your inhibitions. Get over your money worries with The Great Gruhini. Write to her at thegreatgruhini@gmail.com
@thegreatgruhini
Previous Good reads for the International Women’s Week
Next What’s in this budget for you?

In 5 Steps, Get Ready for an IPO Party