Home / Save / Mr Modi Helps You Have Better Biryani Too 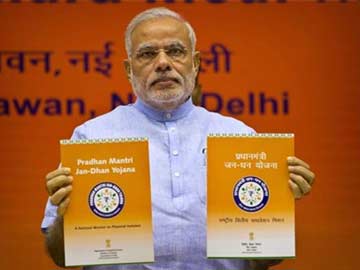 Mr Modi Helps You Have Better Biryani Too

What does budget 2016 hold for you

Re-writing Money Rules in a Relationship

Read this before you pay your child’s school fees

After our dashing Reserve Bank of India governor, Raghuram Rajan, it’s our Prime Minister Narendra Modi who is helping us have a better biryani or I can say retain a happy cook!

The two gentlemen in question have eased the banking rules and launched a new scheme so that people whom we engage for house chores, people who are so crucial to running our daily chores, can easily, have a bank account of their own. The Pradhan Mantri Jan Dhan Yojana (PMJDY), an extensively advertised scheme is a zero balance bank saving accounts, whereby one can avail an overdraft facility, an ATM card and get an insurance cover from public sector banks. Earlier on, in June, the Reserve Bank of India had eased the bank account opening rules whereby just a declaration about current address is needed as an address proof, to open the account.

A happy and an empowered maid is a big asset for women like us–who go out to work, who work from home, who run their own business or who manage the house too. With this expectation I went to a nearby state run bank to open an account for my cook under PMJDY. While it may take a while before I could really have a better biryani, but nothing stops you from having it. Here is a step by step procedure to help your support staff open an account.

1. Who can open an account: A person who doesn’t have any bank account at all is eligible to have an account under the scheme. If your maid/driver has an existing single or joint account in a state run bank, they can link their Aadhar card number to the existing account to avail the benefits of the scheme. As I learned at the bank counter, this account cannot be opened in name of the minors.

2. What Documents do they need: Your maid or driver should have at-least one of the following: Permanent account number (PAN), Election voter ID card and an Aadhar card issued by Unique Identification Authority of India (UIDAI) is a must. The original documents along with a self-attested photocopy of the front and back side of these documents is what they need to carry to the bank. Not to forget a passport size photograph also.

They will need to fill up a form at the bank and give the above documents as a proof. Even if they don’t have any of these documents, they can still have an account if you introduce them through a letter. But you need to have an account with that bank. If the bank refuses to open an account for lack of documents, take the print out of this link to remind them of the new rules!

3. Don’t Overemphasize on the Benefits: Indeed the scheme offers benefits such as an insurance cover, overdraft facility and an ATM card. At the bank counter I saw an elderly person eager to know how and when he could avail the overdraft facility even before asking for the application form!

Clearly the scheme has unique benefits for them, but what you really need to emphasize is that they need to save money in a bank and not withdraw more than what they have!

4. Do’s and Don’ts of the Account: Tell them to operate the account atleast twice (deposit or withdraw money) after opening it. Overdraft facility will be given only after six months and at bank’ discretion

5. Teach them about using a Debit Card: Once their account gets operational, the bank will issue a debit card. You ought to educate them about how to use and protect this card as the misuse can deprive them of their savings and deprive you of the maid altogether!

Rachna aka your Great Gruhini is a finance writer with over a decade's experience in writing about personal finance matters with leading financial publications of India. As she studies to be a certified financial planner, she is also on a mission to make every woman a money savvy individual. So shed your inhibitions. Get over your money worries with The Great Gruhini. Write to her at thegreatgruhini@gmail.com
@thegreatgruhini
Previous 7 Wealth Creation Rules from Lord Ganesha
Next A Principal and a Money Savvy Mom

3 Virtues of Mahatma Gandhi Our Kids Should Know

On the morning of October 2, my five year old wakes up to tell me …